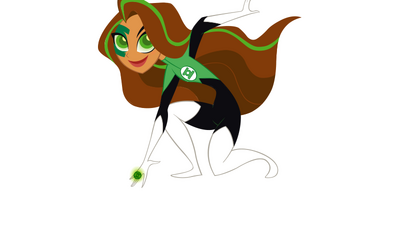 I Truly Believe That JessicaxHal & BabsxBarry Are The Perfect Couples. Agree?

I Truly Believe Jessica Cruz Green Lantern Should Stop Refusing To Fight And Have The Guts To Become A Crime Fighter And A Protector!

I Believed That Jessica Cruz And Hal Jordan Would Make A Great Couple Forever! Agree?

(Jessica Cruz is eating a Tomato from a wooden tub full of them.)

Jessica: Boy, let me tell ya. I sure do love tomatoes.

[Diana Princes shows up with a smug look on her face.]

Diana Prince: Jessica Cruz, what are you doing? You can't eat all those fucking Tomato.

Jessica Cruz: Funk you, I "can eat all these Tomatoes!"

(Jessica Cruz begins to eat more tomatoes out of the tub.)

(Jessica Cruz carries some Tomato with her tongue, and swallows them all.) [Kara Danvers flies on over.]

Kara Danvers: Wohohoho, Jessica, you eat all those Tomatoes, you're gonna get a wicked bad tummy ache.

(Jessica licks and Tomato, kisses it, and finally eats it. She then puts her face into the tub, and starts gobbling up all of the other Tomato inside of it.)

(Jessica has a lot of Tomato in her mouth, speaks with a muffled voice (due to the amount of apples that're in her mouth), and then swallows them all.) [Karen Beecher and Barbara Gordon walk over.]

(Jessica Cruz has two Tomatoes in her mouth, and imitates a walrus.)

Barbara Gordon: Man, Jessica Cruz. You eat all those tomatoes, you're gonna get a wicked-bad tummy-ache.

[Kara Danvers flies up next to Pinkie.]

(Jessica Cruz eats some more Tomato and swallows them, finishing the tub.) [Garth walks up to Jessica Cruz, with red eyes (proving that he's stoned).]

(Jessica Cruz gets angry and kicks Garth out of the way, making him crash into a tree. And Branch from the tree falls on Spike's head.)

(Jessica Cruz throws the empty tub of Tomato away out of panic, and grabs a new one. The empty one crashes into the tree, hitting Garth.) (Jessica Cruz starts eating many tomatoes rapidly. Barbara and Karen look at Jessica Cruz, and then to each other, looking amazed.) (Jessica Cruz keeps on eating. Diana and Zee also look amazed. Zee's eyes spin in a circle and then stop.) (Jessica Cruz still eats. The sky turns black, and Jessica Cruz stops eating. We see a wormhole with Tomato flying around. Jessica Cruz's head eventually turns into an apple in the wormhole.) (Meanwhile, in the real world, we see Jessica in a stroke. Jessica's friends are shown looking above her from the ground.)

(Jessica gurgles out a tomato from her mouth.)

Diana Prince: Let me tell ya. Jessica sure does love Tomato.

(Jessica snaps out of it and takes a bite of the Tomato that had just popped out of her mouth.) [The credits are shown.] (We see two Tomato up Jessica's nose, as she raises her eyelids.) THE END

Guys, join our Discord server, so YOU can get EXCLUSIVE NEWS about the show, and more TV shows as well. I come here everyday, obviously. Plus, you can meet new people here who don't usually edit in the Wiki. Two people were all it took to gain some activity in the server.

Also, there's a Batman in here so anyways. And feel free to give improvements and suggestions to our server. Thank you and have a nice day. (Jess is the face of the server because someone won an event there, maybe the Joker could be the next if you join it :) )

If you don't have a Discord account yet, go to this website, and it will show you how to create one. It's very easy to do so. https://www.inmotionhosting.com/support/edu/discord/how-to-set-up-your-discord-account/

How to Set Up Your Discord AccountInMotion Hosting Support Center

I mean sure, matching different people as couples in different shows are acceptable (for example, matching robin with Starfire in one show and batgirl in another) but a married couple? Did Lauren Faust really have to make them Lesbian and replace Javier Cruz? 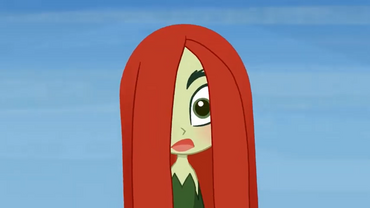 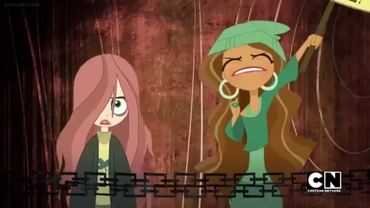 Ok so it's been three weeks or more, I can't count anymore ;P and I'm like taking a break a lot but I'm back so why not.

The Discord server will be replaced by my server but I can't take care of two servers lmao. But anyway, I didn't miss anything, did I?

I'm clearly out of ideas on what page should I edit in the Wiki.

Please comment below what pages should I help you guys edit.

If you don't know, she is part of the Community Central helping Wikis to grow. Having @Nightsilver here in our Wiki gives us more access to questions about FANDOM and stuff, and she can help grow our Wiki. I'm hoping that our Wiki will continue to grow to have a brighter future in the midst of us.

Welcome @Nightsilver to the DC Super Hero Girls Wiki. I work as an admin here starting on October 2020 ever since I first contributed on July 2020 (mainly because there were inactive admins here prior to October)

I am not a hater! That is a Jessica Cruz picture and should be in it belongs. its Jessica being embarressed, so Wonder Woman does not have to do anything with it

I'm still figuring how to import the server here to the wiki, but it is almost complete. This will be probably temporary or permanent, provided that there are other wikis that have them.

If you do not know what Discord is, it is a platform used for communication, 24/7. This will definitely help grow our wiki and make our community a lot closer than ever before.

I hope you would understand that this will help a lot for our Fandom community. Thank you for all your support. Have a wonderful day.

I lost my WiFi and that's all I have to say (well, not all.)