It's the holidays at Super Hero High and Supergirl is reminded of how much she misses her parents. In an attempt to quench her homesickness, Supergirl goes to the North Pole where she is attacked by Captain Cold.

Not to be confused with the actual location from Superman

"Fortress of Solidarity" is the twenty-first webisode in the fifth season of the DC Super Hero Girls web series, and the one-hundred-tenth webisode overall. It was released on December 20, 2018. 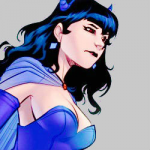 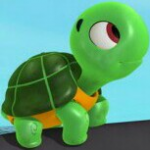